Woodworm Surveys and Treatments in Manchester

Need a qualified contractor to undertake woodworm treatments in Manchester?
Woodworm is a problem which can affect untreated timbers. The problem is far more common than many people realise, but in domestic situations may only come to light when properties change hands

By far the most Common species found in the UK is the Common Furniture Beetle, a wood boring insect, which can cause a considerable amount of damage to both soft and hard woods. The larvae of the beetle bore through the wood, digesting the cellulose. After two to three years they form a pupae chamber near the surface and there change into adult beetles. In summer the adult beetles bore their way out, in so doing, make the characteristic woodworm hole. After they emerge the adult beetles, which can fly, mate and the females lay their eggs (up to sixty) in cracks, crevices, or old flight holes. The eggs hatch out, and a new generation begins a new life.

Wood boring beetles may attack any untreated timbers within a property. Even new timbers are susceptible due to the high starch content found in the sapwood of young trees. With the current high levels of demand for timber, trees are not allowed the growing time necessary that leads to a greater natural resistance to wood boring beetle and fungal attack.

It is important to act swiftly if you are concerned that you may have a problem with woodworm to prevent extensive damage.Heavily infested timber may need to be replaced, but in most cases proper woodworm treatments in Manchester with an effective wood preservative will eradicate woodworm infestation and provide long term protection against re-infestation. 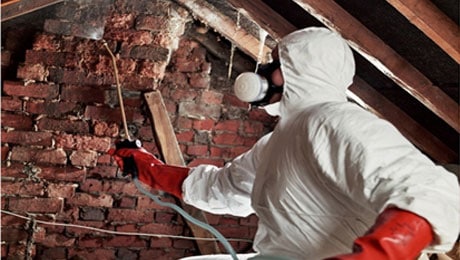 Manchester Damp Proofing can provide experienced personnel with the necessary skill, material and equipment to carry out the work essential for a successful cure, neatly and efficiently. Equally important, this treatment will give lasting protection to ensure that there is no recurrence of the problem and treatment will be carried out under our 20 year guarantee.